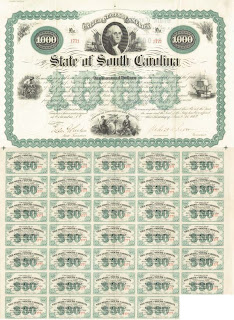 Robert Kingston Scott, (1826-1900). Union Soldier and Governor of South Carolina. During the Civil War he received honorable mention for gallantry in action and commanded a brigade in Sherman's march to the sea. Later promoted to Brigadier General and at the end of the war was brevetted a Major General.