ess Co. Both sign at front of this great stock with slight cancellation affecting the W. C. Fargo signature. Great vignette of the mascot dog. Excellent condition and extremely rare with both signing.

Posted by George H LaBarre Galleries at 9:38 AM No comments:

View our Rarieties Catalogue featuring some of the finest collectible stocks, bonds, currency, autographs, and more!

The Mexican Central Railway (Ferrocarril Central Mexicano) was one of the primary pre-nationalization railways of Mexico. Incorporated in Massachusetts in 1880, it opened the main line in March 1884, linking Mexico City to Ciudad Juárez, across the Rio Grande from El Paso and connections to the Southern Pacific Railroad, Texas and Pacific Railway, and Atchison, Topeka and Santa Fe Railway.

1777 State of the Massachusetts Bay Bond 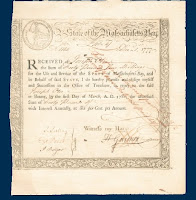 This vignette has often been attributed wrongly to have been engraved by Paul Revere partly due to the similarity that it has with the sword in hand Massachusetts currency.

"Sword in Hand" Bond engraved by Nathanial Hurd. The condition is excellent and is far superior than normally found.

Payment Order to the Connecticut State Treasurer for “One Pound Nineteen Shillings & 6 Pence Lawful money – being in part of the Bills of Cost taxed against Thomas Bibbs & David Hillman for Counterfeiting dated at Hartford this 6th Day of March 1787. Signed at front by Geo. Pitkin and Samuel Wyllys and at back by Oliver Wolcott, Jr. and Jesse Root.

from Coventry, Connecticut. He was a delegate to the Continental Congress for Connecticut from 1778 until 1782, and sat as chief justice of the state's Supreme Court from 1796 to 1807.

nnecticut from 1817 to 1827. Wolcott was appointed in 1784 as one of the commissioners to mediate claims between the U.S. and the state of Connecticut. After serving as state comptroller of Connecticut from 1788-90, he was named auditor of the federal treasury, and became comptroller of the Treasury in 1791.He was appointed Secretary of the Treasury by George Washington in 1795 to succeed Alexander Hamilton, but resigned in 1800 due to unpopularity, and a particularly vitriolic campaign against him in the press in which, among other things, he was falsely accused of setting fire to the State Department building.

As Secretary of the Treasury he designed the United States Civil Flag. From 1803 to 1815 he operated in private business in New York City, afterwards retiring to Litchfield. He was elected governor in 1817 as a "Toleration Republican", following in the footsteps of his father and grandfather, and serving ten years in the post. His tenure was noted for the economic growth and moderate policies that attended it. Additionally, he presided over a convention that created a new state constitution in 1818.

Wolcott died in New York City and is interred at East Cemetery in Litchfield. Prior to his death, Wolcott had been the last survivng member of the Washington Cabinet.

courts for many years, was commissioned captain in 1768, lieutenant-colonel in 1774, colonel in 1775, and commanded the 4th regiment of minute-men, with which he marched to Boston on hearing of the battles of Concord and Lexington.
For more information visit our web site, http://www.glabarre.com, or call George LaBarre at 1-800-717-9529.

Collecting Stocks and Bonds As Art 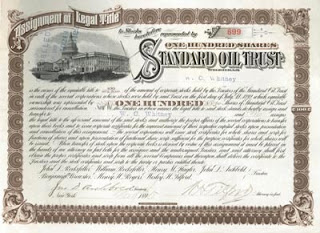 W.C. Whitney was the most important of the great Whitney Family. 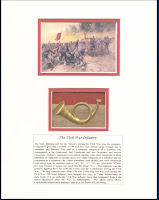